What Speaking & Camping Have in Common 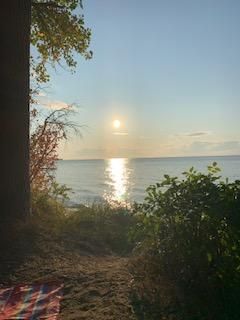 Last week I spoke at a breakout session for an event put on by my referral network, Caerusnet. Today I’m typing this from a tent literally on the banks of Lake Huron in Michigan. I’ve found they have a couple things in common.

Optimism & Openness are Everything

My husband and I have camped several times but never with our dogs. We always made weird excuses like lots of barking or it’s too much for our three-legged dog. Silly.

This time we’re doing it! Two 50 pound dogs and a 3 hour car ride later we arrived and setup. Things were a little “hairy” at first with dogs at neighboring camp sites. The humans remained calmly optimistic and before the evening’s end, the pooches had made peace with one another’s presence. Today is rainy so we’ve decided to snuggle up unless it storms, but we’re hoping it blows over. No one is upset or panting and it’s so peaceful I almost don’t want the rain to stop.

Last week at my breakout session, things began a bit unexpectedly and later than scheduled. I tend to tense up and rush when running behind, but I didn’t want that energy so I shared my tendency with the audience and, poof, it dissipated. Talking about my challenge was a risk, but I was hopeful that everyone could relate and move forward with me. After finishing, I noticed that I ran early but I didn’t feel like I rushed. Hmmm. Then it dawned on me. I forgot one part of a story. Well, nothing I could do about it so I had to believe, since I spoke with my whole heart, it would be enough. Turns out, it was! I got helpful feedback and I’m meeting with several folks for coffee in the coming weeks.

I hesitated when I was initially asked to speak at the event. My gut said DO IT, and I’m thrilled that I listened. Speaking to strangers is easier for me so when a few of my friends attended my breakout, I was leery. Then I remembered that these people want the best for me so even if it’s a disaster, they’ll help me through. 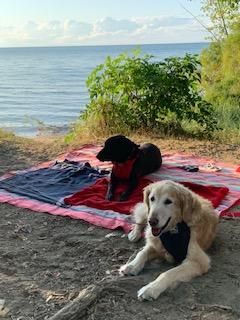 It’s easy to find ourselves closed off and frustrated. This negative cycle can be debilitating. We can all decide to do one small thing with openness and optimism to change our trajectory.

The post What Speaking & Camping Have in Common appeared first on BridgetBaisch.com.